What is a black truffle? • Italian Truffle Hunting Experience

What is Black Truffle?

Truffles are the fruiting body of a subterranean ascomycete fungus, which is predominantly one of the several species of the Tuber genus. Described as the “diamond of the kitchen” by French gourmet, Jean Anthelme Brillat-Savarin, there are truffle species which are highly prized as food, and these edible truffles are held highly in countries and cultures in places like France, Italy, Ottoman cultural demography, Middle Eastern and Spanish cuisine. In these places where truffles are cherished, they are cultivated agriculturally and can also be harvested from their natural habitats where they grow without the human influence of any sort.

One of the common species of truffle is the black truffle, often referred to as the black Périgord truffle which is the second-most commercially valuable species and is named after the region in France with the same name. One thing about black truffles is their association with oaks, cherry, hazelnut, and several other deciduous trees. Also, the harvest period for this species of truffles is in late autumn and winter.
In Australia, this is the more common species of truffles and is often regarded by the colloquial term, “the black diamond of Provence” there. The black truffles grow naturally across Italy and France, yet, producers have perfected the process of cultivating the fungi using the roots of oak, hazelnut, elm, and other trees.

The black Périgord truffle is highly-priced on the market (costing around $AU2,500 for a kilogram) and there are several producers around the world who engage in the cultivation of this fungi. In 2018, estimation placed that Australia was set to overtake France as the world’s largest supplier of the fungi when demand outstripped supply. The black truffles come with an earthy aroma, are robust and have a nutty, mushroom-like flavor. One fascinating thing about them is their ability to take on the flavor profile of the tree that they grow under.

The skin of this species of truffles is dark brown, often black in hue, and by the time of maturity, the flesh of the black Périgord truffle is deep dark brown and has white spider-like veins running across the surface.

Truffles are a darling sight on the food scene – no, not the chocolate treats which go by the same name – and the true truffles are a rare delight. Definitely not an opportunity to pass upon. Truffles are generally considered to be too expensive for food (Discover why), still, there are different ways of getting fixed in countries like the United States by exploring different avenues like truffle oil.
Truffles are high in carbohydrates, protein, and fiber and usually contain both saturated and unsaturated fatty acids, micronutrients of various importance, etc.

Truffles are placed to be a complete source of protein by recently evolving research and are considered capable of providing all nine essential amino acids needed in the body. Also, truffles are an excellent source of antioxidants and compounds that aid the body system in fighting free radicals and preventing oxidative damage to the human cells.

What is White Truffle
What are the differences in taste between black and white truffles? 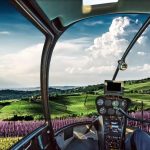 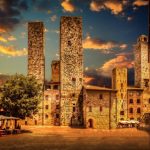 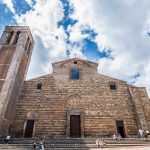